Intervention The AILA Membership Committee reserves the right to intervene in response to violations of The Rules both sua sponte and following a complaint. Complaints may be filed by any AILA member or staff member and will be handled with low-range or high-range interventions, depending on the location and nature of the violation…

The Reality.  1.  On 19 December 2021, I filed a civility complaint with AILA against Ava Benach, a local Washington, D.C. attorney.  Ava, for unknown reasons, took umbrage at my questioning the requirement that applicants for Legal Permanent Residence are now required to be “vaccinated” against Covid-19—while the staggering number of illegal aliens President Joe Biden has let loose in the U.S. are not.  (104,000 illegals—who were caught in 2021—were given notices to appear before an immigration field office.  Of that number, 48,000 have disappeared.  More than 54,000 others ignored the requirement to report to Immigration and Customs Enforcement.  (Illegal aliens vanish after being released into US — RT World News). 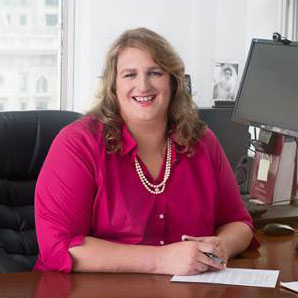 I cannot believe that I am having this conversation on an AILA listserve.  I cannot understand how anyone practicing immigration law can call people “illegals” and make such an idiotic remark as if people at the border are not subject to grounds of inadmissibility.

I don’t know what your practice is like but I can tell that you barely tolerate a wide portion of immigrants and I hope that you retire or find a new line of work before too long.

Perhaps I am biased, but I certainly believe the foregoing remarks are:  unprofessional, uncivil, demeaning, abusive or hostile.  Just like the AILA Civility Code says.

Furthermore, in an effort to misrepresent, mischaracterize, and misquote information in seeking to advance any point of view, just like the Code says, Benach broadcast to the 800 members on the Washington, D.C. AILA Listseve:

I find that when I have tricky legal issues on immigration issues, I consult these books:

The quoted link connects to my two books on the American government’s creation of Islamic terrorism (Visas for aal Qaeda:  CIA Handouts That Rocked the World and the origin and channeling of the migrant wave that struck Europe in 2015, Goodbye, Europe?  Hello, Chaos?  Merkel’s Migrant Bomb). 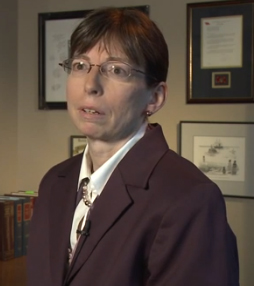 I was curious about Mr. Springmann’s blog, so I read it.

In the blog, Mr. Springmann pitches books he wrote on immigration policy as his source for answering questions about US immigration law. That is a “turnoff” because the book titles indicate that they aren’t useful for a US immigration law practitioner.  He then complains in the blog that nobody has answered his questions on the AILA DC listserve.  After seeing this particular complaint, I looked at the two questions that he posted in the time that I’ve been a chapter member. They are not questions that I would have answered, and it’s not because I’m engaged in any conspiracy to ignore them.

Example #1: Mr. Springmann complains that he wasn’t allowed into a Federal building with an expired ID.  Well, the client’s appointment notice says an attorney can appear by telephone.  I don’t think AILA as an organization can assist a member who chooses to attend an appointment in person and who lets his ID expire and can’t get into a Federal building as a result.   What would one post to the listserve to help him here? Should we tell Mr. Springmann to read his clients’ I797s and follow the instructions? Or bring a different ID next time?

Example #2. Mr. Springmann complains that USCIS interviewed his client for an appointment without completing background check or biometrics first, per hearsay from the clients (he wasn’t allowed into the building because his ID had expired, so he doesn’t know what happened at the interview except based on what his clients told him).  Well, if Mr. Springmann filed the case, he should know whether his client had biometrics done. Mr. Springmann would have been copied with the biometrics notice.  Mr. Springmann asks “how to get USCIS moving.” The question is so vague that I wouldn’t have answered it. “Get moving on what”?

Example #3: Mr. Springmann posted a detailed and complicated fact situation that indicated multiple problematical but basic immigration law problems with a case, and then asked “would appreciate advice, counsel, and USCIS contacts.”  But the detailed case summary indicated that Mr. Springmann is unfamiliar with immigration law and how it works (among other things, he expressed concern that his clients wanted him to contact USCIS about a “via extension” [visa extension?] when he had told the clients to “contact airline” . . .). The client’s I797s contain info on how to contact USCIS. All one has to do is read them.  I would not know how to help an attorney who thinks contacting an airline, rather than USCIS, will get a visa extended.

Unprofessional, uncivil, demeaning, abusive or hostile?  An effort to misrepresent, mischaracterize, and misquote information in seeking to advance any point of view?

I sure think so, but then, maybe I’m biased.  Being an attorney, author, political commentator, and former diplomat obviously has imbued me with a different outlook than most.  But then, being from Alaska, perhaps Miss Stock didn’t know that, because of the virus, Washington, D.C. took an entire year to renew my driver’s license and couldn’t understand that the same expired ID had gotten me into the U.S. Citizenship and Immigration Services Merrifield, Virginia office for an adjustment of status interview.  Regarding her Example 2, she apparently did not realize I “attended” the hearing in Norfolk, Va. by cell phone from the parking lot.

And rebutting every incorrect point Lt. Col. Stock made would cause the Reader to stop reading out of sheer boredom.

The Unsurprising Result.  Ava Benach’s website trumpets close connections with AILA’s leadership and the things her firm has done for the organization.  (Ava Benach – Benach Collopy, llp).  I do not know the connection between Benach and Stock, living as they do at opposite ends of the country, but Stock seems to parrot and build on Benach’s idiocy.  However, the retired military policeman wouldn’t write such things if they weren’t close.  More interestingly, the Internet describes Lt. Col. Stock as a politician involved with national security issues, having been a professor at the U.S. Military Academy at West Point.  (Stock also ran unsuccessfully for the U.S. Senate Margaret Stock for U.S. Senate – Are You In? (margaretforalaska.com)

AILA’s resolution of my grievance is as follows, regrettably in its full verbosity.  Please note that the organization suggests I work on MY civility.  Also see that AILA wants me to keep the matter “confidential”, as most questionable organizations do when they’re involved in bias and prejudice.

On behalf of the AILA National Membership Committee, I am following up on your Civility Code complaint against Margaret Stock and Ava Benach regarding messages sent to the AILA DC Chapter listserv between October 12 and December 2, 2021.

The Membership Committee determined that Ms. Stock and Ms. Benach did not violate the Civility Code.

Further, after reviewing the full history and record, we encourage you to review AILA’s mission: to promote justice, advocate for fair and reasonable immigration law and policy, advance the quality of immigration and nationality law and practice, and enhance the professional development of its members. In addition, the Civility Code emphasizes the importance of promoting and fostering a professional and civil environment. Your use of the word “illegals” does not advance the mission of AILA, nor does it promote and foster a professional and civil environment. There are a number of resources available that explain further why that term is considered to be uncivil as well as suitable replacements. One such example can be found via the link below.

Going forward, please conduct yourself in a professional and civil manner at all times when engaged in AILA-related activities and communications, and refrain from disseminating communications that contain unprofessional language.

If you are not satisfied with the answers you receive from volunteer members of your chapter listserv, AILA maintains a mentor program. You can find more information about this program at https://www.aila.org/mentor-directory.

The Membership Committee requests that you do not disseminate the result of your complaint as all remedies are considered confidential under the Civility Code.

Please let me know if you have any questions.

The AILA membership committee staff involved in this goat-roping were:

Speculation for Hostility Against Me.  While I have remarked on the mysterious reasons for Ava Benach’s invidious comments, it’s worth taking a look at Margaret Stock’s wild, libelous remarks.  My books, Visas for Al Qaeda and Goodbye, Europe, castigate, in some detail, Lt. Col. Stock’s personal beliefs and associations.  Notably, in them, I hammer the corrupt, incompetent, illegitimate, and racist U.S. government, including its Army and Congress, for which Stock, mandatorily-retired soldier, was a failed candidate.  Moreover, as a political commentator, I have spoken out against U.S. national security policy, dear to Stock’s heart, on several Russian television stations, such as BaltNews, NTV, Russia One; as well as Al-Araby (Qatar); Al-Mayadeen TV (Beirut); and PressTV (Tehran).

Ultimately, I will not renew my membership in the highly-politicized immigration lawyers’ association.  Not because, as Groucho Marx said: I refuse to join any club that would have me as a member. , but because, as he commented, Politics is the art of looking for trouble, finding it everywhere, diagnosing it incorrectly and applying the wrong remedies.