What The Los Angeles Times did not report was what I had told their Washington, D.C. bureau after reading the story: (1) that the Jeddah onsulate was not a State Department post but an intelligence services operation; (2) that the Central Intelligence Agency (CIA) routinely demanded (and got) visas for sleazy characters with no ties to either their home country or Saudi Arabia; (3) that these vile people were terrorists recruited by U.S. intelligence officers along with Osama bin Laden, then a CIA asset.

With the help of non-State Department officials, i.e., Consul General, Jay Philip Freres (retired and living in Clearwater, Fla.), the head of the Political/Economic Section, Eric L. Qualkenbush (retired and living in Findlay, Ohio), the Political Officer, Henry Ensher (currently assigned to D.C. and living in McLean, Va.), a “Commercial Officer”, Paul Arvid Tveit (retired and also living in McLean, Va.), the Chief of the Consular Section, Justice (given name) Stevens (whereabouts unknown), and a “part-time” Consular officer, Andy Weber (last seen on the PBS program “Bio-Terror”), they were sent to America for training in blowing things up and shooting things down. Afterwards, they were sent on to Afghanistan to murder Soviet soldiers.

It seems pretty clear that they and people that they had trained are now pursuing their own goals (and most likely U.S. foreign policy interests) in helping destabilize Lebanon, Iraq, and Afghanistan. Their next target may be Iran.

Having been Commercial Attaché at the American Embassy in New Delhi, India (a post with a goodly number of CIA and National Security Agency, NSA, staff) and twice in Stuttgart, Germany, a Consulate with successive Consuls General sent out by the intelligence services, Douglas Jones and Day Olin Mount (both now retired, whereabouts unknown), I was still flabbergasted at the blatant disregard (and wholehearted contempt) for the Immigration and Nationality Act and the Foreign Affairs Manual (the State Department’s Holy Book governing, inter alia, visa issuance). And it wasn’t until I was fired for questioning these spurious visa practices that I learned what was really going on and how the system worked–to America’s detriment.

Despite being given ample notice, I still did not, in fact, could not, see the coming disaster–because I trusted my government. Consider:

My predecessor at Jeddah (Greta C. Holtz, now assigned to Washington) simply did not answer my letters asking about the situation at the Consulate, later telling me that she was “too upset” to respond. (Once there, I learned that she had been repeatedly threatened with losing her job over visa refusals, but, later, was apparently “wised-up” about the situation since she then stopped her complaining.)

The then-American Ambassador to Saudi Arabia, Walter Cutler (who went on to head the Meridian International Center in Washington, D.C. for 17 years, promoting U.S. ties with Iran), spent 45 minutes with me before I left the U.S. In the meeting, he told me about all the problems my predecessor had caused him in refusing visas to unqualified people. When I asked the State Department Desk Officer for Saudi Arabia
about this, he replied that he didn’t know, “Cutler was just a queer duck”.

Again, while still in D.C., I had a chance conversation with a staff member (Ellen Goff) at the Executive Office of the-then Bureau for Near East/South Asia, learning that there were serious but unspecified problems connected with visa issuances at Jeddah.

Upon my arrival, I was fêted for being a distinct change from my predecessor (who still has her job and is a high-ranking Foreign Service officer). Not long afterwards, things swiftly reversed themselves, and I was constantly browbeaten by the Consul General, Jay Freres, about refusing visas to unqualified applicants.

It was not unusual for expediters carrying visa applications to the Consulate for their employers to tell me I could issue the visa then and there or, if I refused, later on, after the Consul General ordered me to.

I was told by a contact outside the Consulate (Nestor Martin, whereabouts unknown), whom I now believe worked for the CIA, that if I spoke one word about the nefarious visa activities to a team inspecting the Consulate’s operations, I would lose my job. One of the Inspectors (Joseph P. O’Neil, later retired, but afterwards assigned to various posts in Central Asia) came to me, questioned me in detail, while insisting I had to answer and that he would protect me. I did and I later lost my job.

The Counselor for Consular Affairs in Riyadh, Stephanie Smith, (now retired and living in Florida) told me that things in Jeddah were very serious and that, on my way to my next assignment, I should speak about the disconcerting situation with the Bureau for Consular Affairs–which then professed absolutely no interest when I did so. 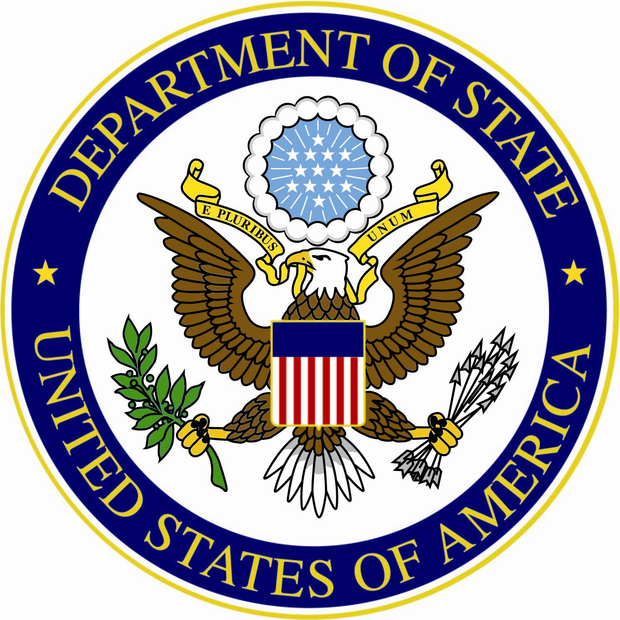 After being notified that the State Department intended to pitch me out, I contacted that agency’s Inspector General and the Bureau of Diplomatic Security (DS). DS agents, including Travis A. Moran, told me that I simply had had a “personality conflict” with the Consul General (who, astonishingly enough, had had a visa signature plate made and had sat at the visa window interviewing applicants, a function far below his
pay grade).

At the time (before I spoke with the journalist Joe Trento, a retired government official, and a man connected to a D.C. university (not named for their safety) and learned what was really going on), I had thought the whole problem was visa fraud, i.e., someone was paying good money for a chance to come to the U.S. Fraud like this is every consular officer’s nightmare and is anathema at State. According to the Bureau of Diplomatic Security’s website: “[V]isa fraud is a federal offense punishable by up to 10 years in prison and a fine of $250,000. If the offense is connected…to international terrorism [the sentence is increased to 20 years].”

But, when I said “fraud” to people charge with investigating it, I was told I had a personality conflict. And I became unemployed.

There you have it. The United States of America, whose diplomatic posts are too often outposts of the CIA and NSA, was running (and, from what I can see) is likely still running a visas for terrorists program, while blaming the rest of the world for causing disasters of its own making. According to a former CIA Station Chief and a member of State’s Inspector General’s office, both of whom I wish to protect, at least one-third of the people who claim to work for the Department of State in reality work for one of the many U.S. intelligence agencies. In my limited experience, I would be inclined to raise that proportion which, I am inclined to believe, is increasing (In Jeddah, all but three of the 20 or so U.S. staff worked for intelligence offices).

Despite my best efforts, no other agency of the United States government ever wanted to deal with this matter. My Freedom of Information Act lawsuit about the reasons for my dismissal was sealed (and shut down) as a threat to national security. The Government Accountability Office took no interest in what I told them about the issue. The FBI ignored my calls, even the ones after September 11, 2001. Congress then and later also took an ostrich’s view of my charges with a staffer on the House Foreign Affairs Committee once telling me that we needed the CIA.

In those missives, I named the intelligence officers who ran the Visas for Terrorists Program and instructed the Congressmen on how to contact them. But, no action was ever taken, no question was ever raised, giving rise to my view that they knew all about the matter. And chose to ignore it.

Additionally, in the hopes of getting some action, I published several articles on the Visas for Terrorists Program, “The Hand That Rules The Visa Machine Rocks The World” in a now-defunct magazine during the Winter of 2001, and “The Visas for Terrorists Program” in Global Outlook (Triple Issue No. 11, Spring/Summer 2006). While the concept was picked up by Project Censored (25 Runners Up) 2002, and my interviews are still on the Internet, no uproar has yet been generated and no governmental action has resulted.

Why not? Any investigation would mean indictments. It would mean jail sentences. It would mean political accountability. And, as we can see from the illegal and unconstitutional wars in Iraq, Afghanistan, and, soon, Iran, no one, whether voter or politician or official, wants to deal with an uncomfortable and rather dangerous reality. It would reflect on their judgment (or lack of it) and, if faced squarely, would cause them to believe that their lives have been a lie.

J. Michael Springmann is a DC-area attorney. He previously spent 20 years in the federal government, most recently as chief of the visa section at the U.S. Consulate in Jeddah, Saudi Arabia.