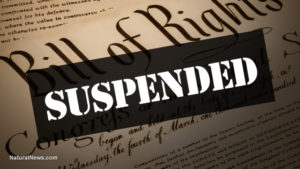 The Left Forum’s theme at its convention June 2-4, 2017 was:  The Resistance.  That group’s raison d’etre and self-description on its website was:

The Left Forum brings together national and international politics, people, ideas, and activism for a just, equitable, free, sustainable world beyond capitalism.

Surprisingly, for what happened, the City University of New York (CUNY) helps manage the Forum, using its Graduate Center’s Department of Sociology.

Yet, the Convention proved a colossal failure.  It did not, repeat, not, bring together ideas and activism for any sort of just, free world.  In fact, it blocked ideas and speakers some anti-democrats didn’t like. Taken over by conspiracy-minded Zionists, the Forum canceled panels one Israelite opposed, violating  the most basic tenets of freedom of speech in the United States.  Simply put, “Freedom of expression is the matrix, the indispensable condition, of nearly every other form of freedom.”  [U.S. Supreme Court Justice Benjamin N. Cardozo in Palko v. Connecticut.  302 U.S. 319 (1937)] NB:  Cardozo was a Jew.)

CUNY’s creature rejected three panels outright and then canceled one previously-approved  panel on “Thought Crimes”.   Organized under the thematic track of “Deep State”, the panels were:

But Why Did It Happen?

It happened because a small-minded, remarkably arrogant Zionist, whose name may really be Spencer Sunshine, objected to some of the speakers.  Of no known address or employment, he wrote a series of scurrilous e-mails and a letter to the Left Forum Board:  Stanley Aronowitz (professor, City University of New York), Maria Carnemolla (Democracy at Work), Samantha Desire (Brooklyn-based organizer), Kristin Lawler (associate professor, College of Mount Saint Vincent), Rob Robinson (formerly homeless and now a member, US Human Rights Network), and Richard D. Wolff (visiting professor, New School University in New York).  Extremism really has strange bedfellows.

What Were Sunshine’s Issues?

But, did Sunshine produce any evidence?  Did Sunshine provide any facts?  Nope.  He didn’t have to.  In the United States, in the 21st Century, that’s not required when Zionists, acting on behalf of Israel, America’s oldest enemy and greatest debtor (Hausfrauleaks, December 29, 2015), charge “anti-Semitism” and  “Holocaust Denial”.  In a country with a working Constitution,  such blatant lies, such offensive behavior would be summarily dealt with.  But not in New York City in 2017.  Worse, our Ray of Sunshine got a Zionist newspaper, the Forward, to print more of his offensive lies.  True to type, the journal flatly refused to permit any of the goyim affected to rebut such vilification.

Sunshine himself might well be a Nakba Denier.  (Nakba is the Arabic word for catastrophe, referring to the Zionists’ ethnic cleansing of Palestine in 1948.)  Sunshine also might well be a libeler.  He certainly didn’t provide any proof or justification for his outrageous, untrue remarks, published without any sort of privilege.

Someone (the inaptly-named Sunshine or a confederate?) organized a telephone hate campaign as well.  People who protested the Board’s censorship reported phone calls denouncing them as “Holocaust Deniers”.  One even received death threats.  Others were sufficiently intimidated that they spoke via Skype rather than in person.

How Did The Forum Justify This?

However, some might ask, what justification did the Forum’s Board of Directors provide for its banning of free speech?  Did the Board explain its actions?  Well, eventually, Marcus Grätsch, a German co-Director of the operation, asserted that the Rosa Luxemburg Stiftung, had threatened to pull out of the convention if the panels weren’t canceled.  (The organization is a Teutonic foundation named after the Communist Jew who helped plunge Germany into civil conflict following WWI.  Although headquartered in Berlin and affiliated with what’s left of the East German Communist Party [Die Linke, the Left], it has a New York office claiming to work with North American  progressives in universities, unions, social movements, progressive institutions, and think tanks.)  Yes, that’s correct.  The words come from the foundation’s website The organization also reportedly has ties to the neo-Nazis now ruling the Ukraine .

Miurabile dictu, despite this concatenation of crazies, the show did go on!!!

In a remarkable feat of mis-direction and cleverness, the organizers continued with the banned panels, stating they were running the “Left Out Forum”.  Expending US$1,500 of their own funds, they secretly rented a room at the Left Forum venue plus a backup location to permit Freedom of Speech, as guaranteed by the First Amendment to the federal Constitution.  To prevent further trouble by liberty-hating  Zionists, the exact location was embargoed until 9 a.m. June 4, one hour before the first panel took place.  Despite the secrecy and organized opposition, the Left Out Forum panels were well-attended, averaging about 40-70 guests per panel.  This compared well with other events in which this author participated.

The forbidden, prohibited panels also generated a remarkable level of scrutiny.  People at a table selling books dealing with the “Deep State” reported a constant swirl of John Jay College of Law security guards around them.  This writer, while sitting at the stand, was accosted by someone wearing “Gabe” on his name tag.  He asked if the author were a “Holocaust Denier”.  At the “Thought Police” panel in the “Left Out Forum”, a well-dressed man wearing a yarmulke turned up and took a seat.  After some minutes, he disappeared.  This seemed somewhat peculiar.  However, in dealing with Zionists, anything is possible.  They think differently.  In Israel, for example, many roads are reserved for Jews.  Palestinians are not permitted to travel on them.

It’s a fact.  Here’s a quote from B’Tselem – The Israeli Information Center for Human Rights in the Occupied Territories:

What happened to the Left Out Forum is really only a difference in degree from Zionist action in Occupied Palestine.

Now, we all know that New York is a strange place filled with far too many strange people.  And they seem to gravitate towards positions of authority.  But, how should Progressives deal with them?

If This Happens Again?

In this writer’s opinion, the proper option is to strike back at the first attempt by extremists to restrict freedom of speech.  File a complaint with the New York City Commission on Human Rights–and publicize it.  Send copies to newspapers within New York and outside.  Stage a demonstration at the Mayor’s Office.  File a civil rights lawsuit in the U.S. District Court for the Southern District of New York.  In doing so, it’s also important to take the Left Forum to task for its blinders.  One banned panelist suggested that the organization increase its focus on more immediate issues.  He gave examples such as false claims of terrorism and support for endless war, handy to divide the opposition and persuade it to accept loss of civil rights in the name of security.  This also justifies attacks on civilians and allows authoritarians to push their agendas.   Think about 16 years of wholesale murder of Muslims by good, practicing Christians.  He noted that the Left Forum wouldn’t or couldn’t focus on Israel’s terrorist actions.

What the Forum did focus on was selective complaints, attacking some but ignoring others.

Our little shaft of Sunshine didn’t object to Miko Peled, the Israeli-American who writes about and speaks out against Israeli discrimination against Palestinians.  Yet, he was a speaker on the Forum’s permitted panel, “A Single Democracy in Palestine”.  Nor did Sunshine spread his rays over Allison Weir, a speaker on the allowed panel “Deep State 2.0:  Against Anti-Semitism But Critical of Zionism”.  Why not?  They’re both people the Israelites love to hate.  However, they have a vast national and international following.  They have websites and go on public speaking tours all over the United States.  The Zios, in this writer’s opinion, knew that Peled and Weir, if attacked, have sharp teeth and could bite hard.  The Left Out Forum organizers were local activists who recruited an international assembly of knowledgeable speakers.  They didn’t have deep pockets, their own far-reaching website, or thousands of followers.  They were easy targets.

And did the Zionists, by their denial of free speech engender greater love for Israel?  Did they demonstrate that they were true Jews who faithfully followed their religion?  According to the BBC:

A religious Jew tries to bring holiness into everything they do, by doing it as an act that praises God, and honours everything God has done. For such a person the whole of their life becomes an act of worship…

Judaism is a faith of action and Jews believe people should be judged not so much by the intellectual content of their beliefs, but by the way they live their faith – by how much they contribute to the overall holiness of the world.

Maybe, it’s all in how you define worship and describe holiness.