This was originally published in the American Herald Tribune, now shut down by the US government. 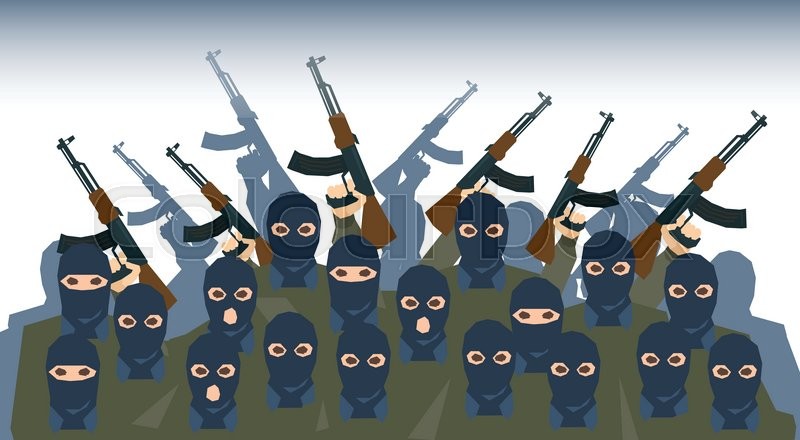 On February 15, 2019, The Military Times reported that U.S. forces occupying Syria, along with some of their “allies” were holding about 1,000 ISIS fighters. With Syria becoming unified under its legitimate government, the question now is:  What do we do with the terrorists? Release them? Imprison them? Send them home to one of the dozen or so countries that contributed them?   Pack them off to Guantanamo Bay, as one U.S. Senator, Tom Cotton (R-Kan.), suggested?

The Past Isn’t Past.   In the American Herald Tribune of February 1, 2019, C.J. Werleman asked “Could ISIS be the United States’ next ally in its war against the Taliban and other insurgent groups?” Citing Taliban and Russian assertions, he noted that the U.S. had ferried arms and supplies to ISIS groups operating in Afghanistan. Continuing, Mr. Werleman said “that the Iranian English language news service Tasnim News Agency published a report alleging US forces operating in Afghanistan carried out a secret military operation…which helped ISIS inmates escape the prison the Taliban held them in.”

Esteemed Reader, the United States of America created Islamic Terrorism.  What ‘s worse is that America then worked closely with Saudi Arabia and Pakistan’s Inter-Services Intelligence (ISI) to train and supply it.

Look back to what people think is the past. In the 1980s, the U.S. wanted to move its National Security Agency (NSA) signals intelligence listening posts from Iran, lost through the fall of the Shah, to Afghanistan.   Unfortunately, the Soviet Union was occupying that latter country.

The obvious solution was to remove the Soviets, give them their own Vietnam, and let the Watchbirds watch (or listen).

How Did Presidents Carter and Reagan Handle This?  With Osama bin Laden’s help (and that of the State Department), they recruited wild men from all over the world. They used American diplomatic posts in Saudi Arabia, principally in Jeddah, on the Red Sea coast. These issued visas to enter the U.S. for training at military facilities.  Additionally, there were 52 recruiting offices in the United States, including one in Washington, D.C. Then, they were called mujahideen (those engaged in struggle). Using American and other countries’ weapons, the “muj” eventually pushed the USSR’s army back across the Amu Darya river into the Soviet Union.

Then, the United States was left with a well-trained cadre of terrorists able to shoot things down and blow things up. The choice then was let them go, send them home, or use them to destabilize and overthrow countries Washington didn’t like. This was the birth of what this author calls the Arab-Afghan Legion.

The Legion saw its first action in the former Federal Republic of Yugoslavia.   Osama bin Laden plus about 5,000 Saudis and others moved into the country, worked closely with NATO, and helped turn a real country into a series of dysfunctional statelets.

Next.   At the end of his February 1 article, Mr. Werleman summed things up by writing “…the United States has a long and distinguished history of arming past enemies to fight current foes, and arming ISIS might turn out to be merely its next desperate measure in its increasingly desperate military presence in the “graveyard of empires.”

Well, it’s more than Afghanistan. It’s also re-branding of the muj to Al-Qaeda and then to ISIS, then sending them off to fight new enemies.

Iraq  he United States moved Osama’s Arab-Afghan Legion from Yugoslavia to Iraq. According to Professor Edmund Ghareeb, Al-Qaeda didn’t exist in the country until the American invasion of 2003. Working with the Marines, British Special Forces, and former officials involved with the Central Intelligence Agency (CIA) death squads in Central America, U.S. policy helped destroy Iraq, the Land Between Two Rivers. American Marines create their own militias, the British broke captured terrorists out of jail, and John Negroponte, then ambassador to Iraq and formerly to Honduras, imported into Iraq men who had helped him run death squads in Honduras. Terrorists captured while crossing the Iraqi border were freed by U.S. soldiers and secretly flown elsewhere.

Libya.  Deciding that Moammar Gaddaffi had to go. He didn’t fit the American view of leader. Gaddaffi had established the highest quality of life in his country than could be found in all
Africa. He was seeking to organize the continent behind his management.

Fighters trained in Afghanistan and Yugoslavia and Iraq suddenly appeared in Libya.  The U.S. and NATO and their secret intelligence services so supplied the “rebels” with such quantities of weapons that their arms exceeded those held by the British army.

Syria.   In Shia member Bashar al-Assad’s socialist state, the only Arab holdout against American Middle East policy, suddenly uprisings began all over the country. Then, experienced fighters with ties to the Arab-Afghan Legion began battling the legitimate government and its forces. Weapons were transferred from Libya to Syria and the American ambassador, once political counselor in Iraq, began working with “dissidents”.

Continuing the Pattern.   The 1,000 ISIS members now held in Syria aren’t going to be disposed of.  So many men trained in the skills necessary to destroy entire countries are too valuable to waste. They’re going to be used.  Likely not in Morocco. That country, monarchical and conservative, fits the American pattern of “allies”. But Tunisia has bountiful “Islamic militants” and corruption. Algeria is lumbered with its ailing, problematic economy, jihadists, and absolute presidential control. It has an aged, infirm president and a secretive group of power brokers around him. Jordan is too useful to the Americans as a staging and training area for its attacks on Syria.

But there is Iran. It has a restive Arab minority in the west and it is number one on the American/Israeli hit list. Even its conferences bringing together journalists, authors, activists, and thinkers are now targeted. Why?   They bring foreigners to Iran and show that it is not Hell run by demons with horns and pointy tails. For example, the New Horizon Conference and its management have now been sanctioned by the U.S. Treasury Department after the organization’s successful May 2018 event, bringing former American government officials and an anti-Israel Rabbi, Dovid Weiss, to Iran.  According to the U.S. government, the conference’s real goal was to recruit U.S. spies and support the Iran Revolutionary Guard Corps’ Quds Force. (This writer attended that event and must confess that no one ever asked him to spy for Iran.)

Short of an outright war, which might cost Israel and the U.S. dearly, the 1,000 captured ISIS members have the best chance of bringing about “regime change” in Iran, along with help from the sanctions targeting the economy. They’re cheap, well-trained, and easily disposed of.

(For details on the U.S. and its creation of Islamic terrorism, see the author’s book Visas for Al Qaeda:  CIA Handouts That Rocked The World.   Available from Amazon.)