This was originally published in The American Herald Tribune, now shut down by the US government. 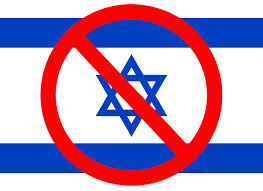 Is God Really All Powerful? If So, Why Does He Rely On The U.S., Israel & The UAE To Do Satan’s Work? According to the Washington Post, Binyamin Netanyahu has produced a minor miracle. As the paper noted August 14, “…it unites Israel with a powerful Persian Gulf ally of Washington that shares the view of Iran as an enemy.”  The journal, notably anti-Trump, nevertheless, quoted him as saying “By uniting two of America’s closest and most capable partners in the region–something which [was] said could not be done–this deal is a significant step towards building a more peaceful, secure, and prosperous Middle East…”

But, buried farther on in the story, all was not sweetness and light. The Palestinian Authority (PA), nominally governing the Occupied West Bank, “condemned the accord as betrayal.” Furthermore, it termed the agreement as “aggression against the Palestinian people.” Speaking the naked truth, the PA said that neither the UAE nor any other party had a right to speak on behalf of Palestine. It then withdrew its ambassador to the UAE in protest.           (The Post did not mention Hamas’ sharply negative reaction until farther on, even though it governs all Gaza.)

The journal went on to quote UAE officials as saying, rather improbably, that they established relations with Israel to forestall Netanyahu’s plans to annex the West Bank [in reality, what was left of it] to give the Palestinians a homeland. (They had had a homeland; the Zionists took it away from them in 1948.)   Surprisingly, the paper noted that UAE Foreign Minister Anwar Gargash believed the two-state “solution” had been threatened and they had to act.

Notably, the paper quoted Netanyahu as saying “The deal was struck. Without Israel having to give up territory it has effectively controlled for more than 50 years of conflict with the Palestinians.” Turning to Jared Kushner, Trump’s Zionist son-in-law and leader of his Middle East peace effort, the Post wrote that “the larger aim of Kushner’s plan[s]was always for Israel to forge new economic partnerships with many of its neighbors, especially Sunni Arab states that share the U.S. and Israeli view of Iran as an enemy.” (Does this mean Saudi Arabia and the Gulf statelets, some of the most authoritarian, repressive, medieval monarchies in the world?)

In the article, Kushner opined on the Palestinian outrage (without any opposing comment or background on the matter) that “they (the Palestinians) have a fairly predictable response that we’ve seen time and time again to all types of things that help make their peoples’ lives better…”

The paper’s columnist David Ignatius, ever the supporter of the American intelligence services, concludes his August 14 column with “Trump’s surprise announcement…[is] welcome news for Israel, the Arabs, and the United States.”

Welcome News? Hussein Ibish, Ph.D., once the American-Arab Anti-Discrimination Committee’s spokesman and now a flack for the Arab Gulf States Institute in Washington, D.C. subtitled one of his many articles for Bloomberg News that the agreement meant “ Joy in Cairo, relief in Amman, anger in Ankara and alarm in Tehran.“  In it, he writes:

Riyadh has also clearly been interested in strengthening relations with Israel as a counter to Iran, and will pay close attention to how the UAE fares in the coming months.

Jared Kushner, President Donald Trump’s point-man on the Middle East, has suggested that another Arab country will follow the UAE’s lead. There’s speculation that Bahrain and Oman will make announcements soon. Manama generally defers to Riyadh on defense and foreign policy issues, so any Bahraini normalization with Israel would serve as a trial balloon for Saudi Arabia as well. But such a Saudi move may only come after the end of the rule of King Salman, who seems committed to the API. [Arab Peace Initiative.]

Formal diplomatic ties with Israel would embellish Oman’s credentials as a regional mediator and a friend to all. Muscat maintains close relations with Iran, but also welcomed Israeli Prime Minister Benjamin Netanyahu on an official visit in 2018. Oman has, in typically understated fashion, welcomed the announcement.

All three of these Gulf Arab countries have quietly been increasing relations with Israel anyway, so normalization is merely a matter of formalizing what already exists.

Turkey has trade relations with Israel and the UAE but is at cross purposes with them on most issues. Erdogan routinely lambasts Israel over Palestine, and will not take kindly to recent Israeli moves in the Eastern Mediterranean.

…[B]ehind Tehran’s bluster will be grave concern that two of its more active and potent adversaries in the region have come together under Trump’s offices. Increased military and intelligence cooperation between the U.S., Israel and the UAE would indeed be dangerous for the Islamic Republic.

More Riders On The Train To Nowhere.  Ibish asserts that Egypt likes the agreement because “it potentially strengthens the Egyptian-Emirati hand in Libya against Turkish-supported forces for control of the country.” (Cf. ahtribune.com/world/north-africa-south-west-asia/4349-turkey-changing-the-middle-east.html). Continuing, he claims that Morocco might be another country looking for an opening with Israel. Dr. Ibish goes on to say “The biggest winner outside of the three parties directly involved in the agreement is surely Jordan, because it allows at least the hope of a Palestinian state in the future. (Yes, he still believes in the long-dead “two-state solution”.

Let’s Throw Some Cold Water On The Celebratory Candles And Let The Ants Eat The Cake. The whole affair is not anything like Richard Nixon’s diplomatic recognition of China.  The Middle Kingdom occupied and still occupies a good portion of the earth’s surface and has a huge chunk of its population.           Israel is an illegitimate and artificial construct, built on theft of Palestinian land and existing only because of the United States. The American taxpayer, gives, without likely knowing it, $10 million a day to Apartheid Israel. Then, there are U.S. military sales. In fiscal year 2019, the U.S. provided $3.8 billion in foreign military aid to Israel. Israel also benefits from about $8 billion of loan guarantees. From illegal outposts to academic research, from legal aid for Jewish terrorists to yeshivas, the tens of millions of dollars that U.S. non-profits send each year to the colonies support all sorts of activities in Jewish enclaves across the West Bank. (U.S. donors to these charities can claim tax deductions.)

Then there are Israeli products like Sabra and Tribe hummus.   They occupy prominent positions on the shelves of American grocery stores. Sabra, half-owned by the Strauss Company, an Israeli firm, and Pepsi Cola, donates food packages to the Israeli army’s infamous Golani Brigade, noted for its war crimes against Palestinians. The company has more than 60% of the American market and sells more than $1 billion a year. (It’s repatriation of profits to Israel is unknown.) Tribe hummus is owned by an Israeli firm, Orem, a key supporter and partner of the Jewish National Fund (JNF). The Fund continues its work of appropriating land for Jews and evacuating Palestinians.  Tribe’s U.S. sales are much smaller than Sabra’s.

The Real Goal. Yes, the agreement might be good, in the short term, for the UAE economy and for Israel’s. It might even help the other riders on the train. However, the aim of the agreement, as has been clear from the Washington Post and Hussein Ibish, and others who parrot the party line, is the complete and utter destruction of Iran–its government, its foreign policy, and its people.

The idea is to split the Arab and Muslim worlds, to the advantage of Zionist Israel and the United States. Look at what has been done to date. The UAE, with its military aid to war-torn Libya and its invasion of Yemen, the poorest country in the Arab world, is not a peace-loving state. And it is hostile to Iran, as are the other Persian Gulf statelets, notably Bahrain, headquarters of the American 5th Fleet. Saudi Arabia, which believes itself to be the real leader of the region, the real leader of the Arab nations, and the real leader of Islam, has been holding not-so-secret talks with Israel and is considering joining the agreement. Other countries are as well.

The U.S. has nuclear weapons. Israel does.  Saudi Arabia is interested in them–and has the means to deliver them using its Chinese-made Silkworm Intermediate Range Ballistic Missiles. The UAE has one nuclear reactor in operation and plans to build four more. How long would it take to produce enough fissionable material to make a bomb? And which country might be their target?

Iran has, in the past, made numerous statements that the countries of the region should cooperate in maintaining peace and order and security–not outsiders. Yet, what do we have? The United States, from halfway around the world, working with Israel, a land of European immigrants, against the Islamic Republic of Iran and the stability of the entire Middle East. The guide might be trade and diplomatic relations, but, in reality, what we have is a Trojan Horse, designed to unleash major trouble on the area.

And the Palestinians? As usual, they get absolutely nothing out of any agreement in which Israel, the United States, and any Arab country are involved. There is always the smear that they are ungrateful for any “help” given them. They should accept the “two-state solution”, settling on whatever bit of land outsiders might want to give them. They should give up on the right of return for the nearly 7 million exiled Palestinians. Since 1967, the UN has been trying to get Apartheid Israel out of lands it seized in the 6-Day War.  Since the 1978 Camp David Agreements, the U.S. has been “trying” to get the Israelis to withdraw from land it’s taken over the years. And since 1948, no one, absolutely no one, other than the people involved and Iran, has recognized the invasion and occupation of Palestine.

Arabs have told this writer that their people only cooperate if they see an advantage in doing so.  To date, what little collaboration there is has only worked to their detriment–if they could but see it. The Israeli Yinon Plan, to make the Apartheid Entity strong by dividing and weakening the Arab neighbors, seems to have been forgotten. This wretched agreement among Israel, the UAE, and the United States is simply a diplomatic and economic elaboration of that concept. And, so far, it seems to be working.