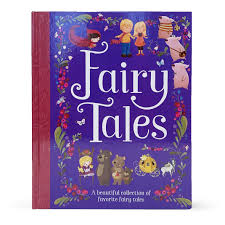 The Beginning.  Being ‘satiably curious like the Elephant’s Child, I began to wonder about the Russian police action in the Ukraine.  The film V for Vendetta noted that it’s the government’s job to manufacture the news while it’s the media’s job to report it.  Or, as noted musician and political thinker Gilad Atzmon recently commented, we read the 4th Estate’s comments to learn what is not happening.

For example, The Washington Post daily fills its pages with lots of ink about the failed Russian “invasion” of the Ukraine.  Russian armed forces have run out of men and materiel.  Its officers are being assassinated by valiant Ukrainian soldiers.  The entire world reviles the brutal baby killers and mass murderers of the Russian Federation.

Another is historical and based on something other than fantasy.

Background.  In 2014, US President Barak Obama, Vice President Joe Biden, Secretary of State Hillary Clinton, and Assistant Secretary for European Affairs Victoria Nuland worked with the American Central Intelligence Agency to overthrow the Ukraine’s legitimate government.  Why?  The Ukraine favored a more advantageous economic deal with the Russian Federation, rather than the one the European Union (EU) offered.

The inept, Neo-Nazi government the US put in place made a mess of the Ukraine’s economy and began a war against the ethnic Russians of the eastern Donbass Region (Donetsk and Lugansk).  Killing roughly 14,000 people, displacing 1.2 million others, in these now-independent areas, successive governments led by candy-king Poroshenko and high-heel wearing comedian/actor Volodymyr Zelensky flatly refused to implement the Minsk Agreement.  Basically, this accord included a ceasefire, withdrawal of heavy weapons, release of prisoners of war, reform in the Ukraine granting self-government to certain areas of the Donbass, and restoring control of the state border to the Ukrainian government.

Fed up with failed efforts to get the international community to recognize the Ukraine’s war crimes in the Donbass, Russian President Vladimir Putin then looked to what the United States and its creature NATO were doing in the area.  In1990, James Baker, then US Secretary of State, and President George H.W. Bush reassured the Soviet government that NATO would not move one inch to the east.  Yet, NATO, originally a defensive alliance, added more members directly abutting the Russian frontier.  This included countries such as Poland and the Baltic States, with historical antipathies to Russia and its predecessor governments.  NATO also participated in American wars half a world away, such as in Afghanistan.

The Ukraine wanted to join NATO as well.  Moreover, it appeared to be planning another attack on the Donbass.  Putin, apparently fearing a renewed effort to destroy the Russian State, its culture, and its religion, ordered his armed forces into the Ukraine to preserve Donetsk and Lugansk as well as to put an end to the country’s Neo-Nazi government.

The Reality.  While the Post and other US and European media touted the ferocious fight against a weakened Russian government and its failing, incompetent armed forces, they seemed to omit some glaring problems that perspicacious folk twigged to.  The fictional stories the media put out were, as the New York Times commented, designed to buck up morale amongst the Ukrainians.  Some of the tales, told by “responsible” journalists included the “Ghost Fighter of Kiev”, who supposedly shot down a good bit of the Russian air force.  However, if the Ukrainian armed forces were so good, why did they need millions of dollars of anti-tank and anti-aircraft weapons from NATO countries?  And why was the Ukrainian government recruiting a Foreign Legion to bolster its army’s ranks?

Mercenaries.  Deciding that the mainstream media was hiding some important information, I went directly to the source, the Ukrainian Embassy here in Washington, D.C.  Failing repeatedly to make contact by telephone, I emailed its Press Secretary, Volodymyr Rizichenko, asking a few pertinent, non-controversial questions:

The Embassy’s phone is constantly busy.  I’m drafting an article for publication about the subject matter.  [Ukraine’s Recruiting of Foreigners]

I’d like you to help me follow-up on a March 21 Washington Post story about volunteer foreign fighters.  Some of the details are kind of sketchy and you might be able to flesh out some of the missing information.

Many thanks for your help.

Whoever, within the United States, knowingly begins or sets on foot or provides or prepares a means for or furnishes the money for, or takes part in, any military or naval expedition or enterprise to be carried on from thence against the territory or dominion of any foreign prince or state, or of any colony, district, or people with whom the United States is at peace, shall be fined under this title or imprisoned not more than three years, or both.

As far as I know, the United States Congress has not declared war against the Russian Federation.  Moreover, it would appear to be a breach of diplomacy for a foreign state to recruit soldiers within this country for war against a Power at peace with America.

The U.S. Department of State notes that, while it may be possible for a US citizen to go abroad to fight for a foreign power, recruitment or hiring in the United States may be a violation of the law.  Citing Wiborg v. U.S., 163 U.S.632 (1896).  N.B., this was tied to a filibustering expedition against Spanish Cuba and the decision should be seen in that light–and the subsequent war against Spain in 1898.

The State Department notes that prosecution of such persons is the responsibility of the Justice Department.  (The U.S. Attorney General Garland is a Jew, the U.S. Secretary of State Antony Blinken, Deputy Secretary of State Wendy Sherman, and the Under Secretary of State for Political Affairs Victoria Nuland are all Jews, as are the President of the Ukraine Zelensky, and its Prime Minister Groysman.  Cousins protecting Cousins?)

The Mercenaries.  According to a March 6, 2022 Jerusalem Post article, Zelensky, whose army includes the Neo-Nazi, white supremacist Azoz Battalion, has recruited some 16,000 foreigners to serve in its war against the Donbass and Russia.  No details, of course, were available on the nationalities of these people, whom the Russian government asserted were not subject to the laws of war as legitimate combatants.  Naturally, “The UK, Latvia, and the Canadian government have all stated that they will allow the enlistment of citizens to the legion.”

In an undated article in Deutsche Welle (Germany’s state-owned international broadcasting service), the organization claimed “Ukraine’s bid to recruit fighters from Africa sparks uproar:  Nigeria, Senegal and Algeria have criticized Ukraine’s efforts to enlist international fighters as it resists the Russian invasion. Analysts say those who have responded to the call need to reconsider.”

In 1977, the First Additional Protocol to the Geneva Conventions (AP I) significantly changed the law for mercenaries. AP I, Article 47 begins by withholding from a mercenary “the right to be a combatant or a prisoner of war.” It defines a mercenary as any person who meets six criteria, specifically any person who:

…Ukraine [is a] part[y] to AP I. Therefore, [it] is bound by Article 47 in the current armed conflict. Additionally, Ukraine is a party to the 1989 International Convention Against the Recruitment, Use, Financing, and Training of Mercenaries. The 1989 Convention creates a criminal law regime for mercenarism—it identifies and defines criminal offenses, establishes rules of jurisdiction, and obligates enforcement measures. Furthermore, Article 1 of the 1989 Convention expands the AP I, Article 47 definition of “mercenary” by removing the condition that a mercenary actually take part in hostilities. Unlike AP I, the 1989 Convention criminalizes direct participation in hostilities by any person who meets the Article 1 definition.

However, sources told Middle East Eye that there are also private military contractors with significant war experience among the volunteers. The sources said some of the private contractors had arrived in the country for extraction, evacuation and defence purposes having been hired by private companies.

A job advertisement that appeared this week on Silent Professionals, a listing website for defence and private security jobs, is looking for multiple “extraction and protective agents” to conduct evacuation operations of individuals and families throughout Ukraine’s countryside and major cities.

“Employer is a US-based corporation. Both male and female agents are welcome to apply,” the advertisement says.

“Only highly experienced candidates who possess at least 5+ years of military experience in this region of Europe will be considered for this role.”

The ad says the payment would be $1,000-2,000 per day and a bonus will be available after the completion of the operation.

Amazing that this is out, without any detail on numbers of mercenaries and their citizenship included.

“The Russian Defense Ministry accused the West on Thursday of sending mercenaries to Ukraine to support the Ukrainian armed forces.

Great Britain, Denmark, Latvia, Poland, and Croatia legally authorized their citizens to take part in the hostilities in Ukraine, while France plans to send ethnic Ukrainians serving in its foreign legion to Ukraine as well, he continued.

“According to Zelenskyy, about 16,000 foreign mercenaries are expected to arrive in Ukraine in addition to those already available to compensate for the crushing military failures of the Ukrainian security forces. A visa-free regime is officially introduced for them,” he noted.

“Last week, about 200 troops arrived in Ukraine from Croatia, they joined one of the Nazi battalions,” Konashenkov added.

It’s certainly good to know that the “intelligence” services are continuing to seek the end of the Russian Federation.  The Washington Post certainly won’t report this.  However, Veterans Today, on March 4, 2022, recounted that Erik Prince of name-changing Blackwater infamy, traveled to Kiev to confer with Ukrainian officials.  However, before his secret travel to the Ukraine, Prince consulted with Secretary of Defense Lloyd Austin and Director National Intelligence Avril Haines (another of the Cousins).

So, Who Are We Really Dealing With?  Germany’s Deutsche Welle noted that the Azov Battalion is defending Mariupol, a city where the opera house, allegedly filled with refugees, mysteriously exploded—without any visible casualties.

The Azovs are, as Al Jazeera noted in a March1, 2022 piece, a far-right, neo-Nazi group that is part of the Ukrainian Army, is a street militia, and is a political party.  They coat their bullets in pig fat to use against any Muslims fighting in the Russian army.  They are white supremacists and ultra-nationalists.  Nazi symbols and SS regalia are part of their uniforms.  They display the Wolfsangel, resembling a swastika, on a yellow background. 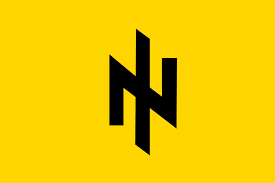 Knowing the kinds of people recruited, the Jewish Telegraph Agency wrote on February 27, 2022, that the Ukraine’s Embassy in “Israel” tried to enlist its citizens to fight the Russians.

The New York Jewish newspaper The Forward commented:  The very first thing Ukrainians see as they walk into Poland at the Medyka checkpoint is a large Israeli flag. Two, actually – one pinned to the army-green tent of the Jewish Agency, another waving on a pole above the tent of the emergency-medical group Hatzolah Without Borders. Asked how they got such prime real estate, the men running these operations hoisted their elbows and shrugged, “We’re Israeli.”

So, There You Have It, Dear Reader.  The United States and the European Union are working with Zionists, Neo-Nazis, and extremists of all sorts to destroy Russia.  They are violating their own laws as well as international law.  Why?  Because Russia, like the now-destroyed Yugoslavia, Afghanistan, Iraq, Libya, and Syria, did not always do or think the way the Western states desired.  In fact, at times, they opposed the Western militarist, capitalist, and globalist viewpoint as hazardous to their national existence.

And Joseph Robinete Biden, Jr. called for the removal of Russian President Putin on March 26, 2022.  Wouldn’t it be better for the entire world if Joe Biden found a new line of work?  Before one of the Stinger anti-aircraft missiles hits his own plane or a civilian airliner?