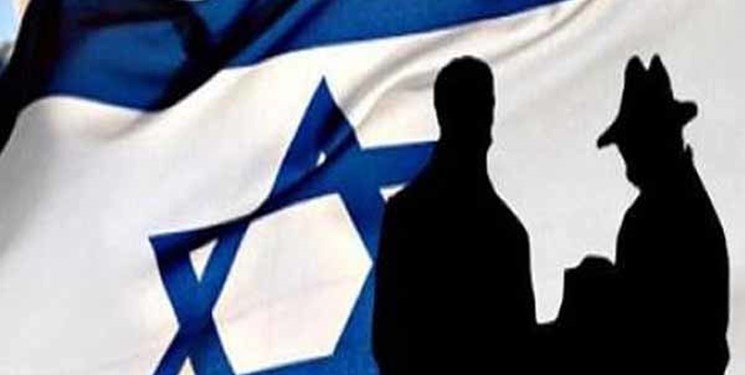 This article first appeared in the American Herald Tribune, a publication twice shut down by the US government

Zionist Noses.  According to the September 12, 2019  edition of the American political journal POLITICO, Israel “likely” placed cell phone surveillance devices around the White House and other “sensitive locations” in Washington, D.C.  The publication based it’s statement on three, unnamed, former senior U.S. officials with knowledge of the matter.  (The story, however, first broke in June 2018 in a variety of news outlets which noted that the devices, called “sting rays”, had been detected the previous year.)

Sting rays are not fish but are, as Politico described them, devices “which mimic regular cell towers to fool cell phones into giving them their locations and identity information. Formally called international mobile subscriber identity-catchers or IMSI-catchers, they also can capture the contents of calls and data use.”  American police departments use them and such use has occasioned a series of lawsuits alleging violations of the 1st and 4th Amendments to the U.S. Constitution’s Bill of Rights, regarding freedom of speech and warrantless searches.

Israeli officials, as is normally the case, denied any involvement.  Donald Trump also denigrated the “alleged” Israeli activities, saying “My relationship with Israel has been great…Anything is possible but I don’t believe it.”

Why?  Donald Triumph has long been known to be less than security-conscious.  “POLITICO reported in May 2018 that the president often used an insufficiently secured cell phone to communicate with friends and confidants. The New York Times subsequently reported in October 2018 that “Chinese spies are often listening” to Trump’s cell phone calls, prompting the president to slam the story as “so incorrect I do not have time here to correct it.””  According to its sources, Trump’s phone, POLITICO said, has been hardened against intrusion.

But Isn’t This Old News?  Israel has been spying on the United States government, American businesses, and public officials for decades.  In the 1950s, former ambassador Andrew Kilgore once noted, Israel had planted microphones in the American embassy in Tel Aviv.

“As Paul Pillar, the CIA’s former national intelligence officer for the Near East and South Asia, told Newsweek [in May 2014], old habits are hard to break: Zionists were dispatching spies to America before there even was an Israel, to gather money and materials for the cause and later the fledgling state. Key components for Israel’s nuclear bombs were clandestinely obtained here. “They’ve found creative and inventive ways,” Pillar said, to get what they want.”

Then there was Jonathan Pollard, a U.S. Navy civilian employee.  He had been arrested in 1985 and sentenced to life in prison for passing suitcases full of highly-classified documents to Israeli intelligence.  After much Zionist pressure, his life term was commuted to 30 years and he was released.

In the first half of 2001, “Israeli art students” attempting to sell their wares turned up at government offices in 40 U.S. cities.  They were attempting to penetrate the Drug Enforcement Administration and other U.S. government agencies, including those with addresses not known to the public.  Salon, a news and opinion website, wrote in May 2002:  “According to one account, some 140 Israeli nationals were detained or arrested between March 2001 and Sept. 11, 2001.  Many of them were deported. According to the INS [Immigration and Naturalization Service], the deportations resulted from violations of student visas that forbade the Israelis from working in the United States… After the Sept. 11 attacks, many more young Israelis — 60, according to one AP dispatch and other reports — were detained and deported.”

The journalist Wayne Madsen has written extensively about the “art students” and this writer can attest that they are still operating.  A few years ago, he once visited the Pentagon City Mall (near the iconic military headquarters). A sales girl, from a cart hawking perfume, approached him, asking if he had ever been to her country, Israel.

Yet, for obvious reasons, there has been little investigation of this by the Zionist-controlled U.S. media.

It Gets More Technical.  As Christopher Ketcham wrote in a September 2008 issue of CounterPunch, “Since the late 1990s, federal agents have reported systemic communications security breaches at the Department of Justice, FBI, DEA, the State Department, and the White House.  Several of the alleged breaches, these agents say, can be traced to two hi-tech [Israeli] communications companies, Verint Inc. (formerly Comverse Infosys), and Amdocs Ltd., that respectively provide major wiretap and phone billing/record-keeping software contracts for the U.S. government.  Together, Verint and Amdocs form part of the backbone of the government’s domestic intelligence surveillance technology.”

The article went on to quote Philip Giraldi, former CIA counterterrorism and counterintelligence officer.  He said “This is par for the course in the history of Israeli penetrations in the U.S.”   Quoting annual FBI reports called “Foreign Economic Collection and Industrial Espionage”, Giraldi noted Israel is second only to China in stealing U.S. business secrets.  One FBI account added “Israel has an active program to gather proprietary information within the United States. These collection activities are primarily directed at obtaining information on military systems and advanced computing applications that can be used in Israel’s sizable armaments industry.”  A key Israeli method, warns the FBI report, is computer intrusion.

And In The End?  Do we force Israel to divest itself of its spies and its companies deeply involved in espionage in the United States?  Do we block visas for Israelis to enter this country?  Do we end American financial support of Israel:  $10 million a day/365 days a year?  Plus tax-free purchase of Israeli bonds?  Plus sales of Israeli-controlled consumer goods like Tribe and Sabra Hummus or Ahava beauty products?

Would government officials with knowledge of Israeli espionage activities admit their failures and resign?  Would the American press cover this?  In a country that passes laws to condemn criticism of Israel?  Or of Boycott, Divestment, Sanctions (BDS).  Not hardly.

The United States of America is completely under the control of Israel and its Zionists.  Things will not change until Israel does.